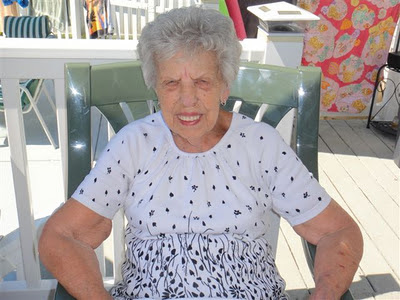 Tonight's menu was chicken salad wraps. It was Momma's favorite and I haven't been able to make it for sometime. Today I did. It was delicious and we discussed how often I made it for her. It was a happy conversation.
I believe since passing the first anniversary, I have truly turned a big corner. I can't think of a better descriptive phrase.
I find memories are making me smile, rather than cry. I understand on a deep level that I did survive a year without seeing her face, touching her tiny hands or hearing her sounds. She made a lot of little sounds. I still really miss her. I still feel a little lost in this world without her. I also know she is in my mirror, in my heart, in my words often and all around me in her possessions. I am settled in her absence now rather than upset by it. I know she is strong and happy and has found her reward. She will be waiting for me.
I will run to her.
For the days I have left, I will try to be the loving child she raised. I will try to forgive and move on from hurt. I will encourage my children and grandchildren endlessly, as she encouraged me. I will find strength when it appears nonexistent, as she did many times.
I will celebrate and honor her by being the best me I can create.
I will live in the now and count my blessings rather than pine away or wish away my numbered earthly days.
Jo 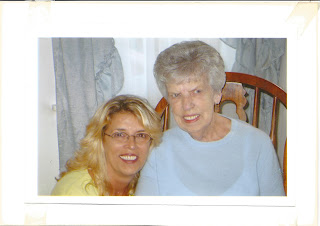 Den of the Beastly Bear-Joe

Two blogs in one day...it's his challenge^^^and I took it!

Anyway he challenged me to post eight pictures of happiness. So here we go...

It began for me in 1967. February 2, to be exact. We were in the midst of an enormous snow storm. It had dumped 3 feet of snow the week before and each day following added a few inches more making travel very difficult. Our beloved dog had taken ill and we managed to get him to the vet some 15 miles away between storms. They were doing an exploratory exam of some kind and while he was under a mild anesthetic, the doctor called to tell me, his 17 year old “sister” that he was dying of an obstruction. He wanted permission to euthanize him. He was 14. I had no memory of life without him and I loved him as much as any human in my life. I asked for a few minutes to decide because the roads again were not passable and I couldn’t get there. Mom and I decided not to allow him to wake up only to be put under again. He died that day in the vet’s office without us.

Three days later I was engaged to be married in October. That’s how some people think you get passed heartbreak, by moving on to something wonderful. For me, it didn’t work. I was happy to accept the engagement as a good thing, but it did nothing to fill my heart where Smokey lived and still 48 years later, lives this vital part of my childhood.

My dad became ill in September of 1978. He was hospitalized for 7 weeks and passed from a fungal infection on his brain, a complication of aplastic anemia. He was 56 years old when he passed on October 23, 1978.

My daughter has two daughters. I am lucky enough to say that I was there, in Nashville, in time to see the cord cut on the first one on November 2, 1999 and the entire labor and delivery of her baby girl on October 22, 2001. Just a day short of the anniversary of Dad’s passing.

My second child was born on September 9, 1970. A day free from any sadness or any memory other than the time Dad was hospitalized, but the day itself, was entirely his own. It is one week exactly after his step-father’s birthday and easy to remember now.

Last year, 2014, my Momma passed at 2 a.m. on September 9. Two hours earlier and she would have missed his birthday. His birthday is still so special to me that in my heart I feel I lost Momma the day before. It was the middle of the night. That Monday was my last day with her. That goodnight, I love you, see you in the morning, was Monday, September 8, 2014. This memory and this perception allows his birthday to still belong to him. I am, today reliving my last day, normal in every way, with her. She was very sleepy and napped in this very chair where I now sit writing this, on and off all day. She ate her lunch and half of her dinner. We talked and we laughed in between naps. We sat on the deck for a few minutes in the warmth of the afternoon. We talked about taking John out for his birthday. She wasn’t sure if she was up to that because after work dinners were hard for her. It was a normal day. It was a day burned now in my mind, my heart and my prayers. I am so glad I didn’t know. There was no real warning. There was no illness. There was no suffering. She simply got up between 1:30, when I went to bed, and 2 am, when she called my name two times. When I saw her collapse in the hallway outside my room and where I held her as she slipped away into God’s care and Dad’s waiting arms. Where I felt, heard and tried to hold onto that last exhale. Where I cried and rocked and loved her into the next adventure. Where I began to let her go.  That was Monday in my mind. It was Monday in my heart and still is.

This past March Mike and I celebrated our 32nd anniversary in Michigan with his family at the funeral home. We were celebrating his oldest brother’s life. He passed a few days before.

My paternal grandmother passed on her own birthday which fell on Thanksgiving.

I lost a wonderful friend and writing mentor to heart disease the night after the birth of our only grandson and in the hospital right next door.

And last on this strange list…Sadie, our furbaby of 13 years died this year on Elvis’ birthday. A day I used to celebrate with his music.

The circle of life has been pounded into me most of my adult life, as you can see.

I wonder, am I the only person this seems to happen to? Do any of you have lists like this?